Our most scenic self-guided ride gets you travelling to Marynissen Estates Winery, Reif Estates Winery, and Riverview Estates Winery. Our Exclusive Routes take riders thru Niagara’s vineyards, fruitlands, and trails marched on by British soldiers 200 years ago, all accented by world-class wineries, breweries, and eateries.

Self-Guided Touring provides the freedom of renting a bicycle and going where you want, with a semi-structured route and great places to visit. Each route is built with a priority on rider safety and use of quieter country roads and bikes paths. Departure (and return) from Vino Velo with your stylish bicycle, helmet, lock, map, which is all included.

Take full advantage of a bike for the day when you’re done tasting and see the rest of the town.

Leave your purchases in the winery, let us know, and we’re happy to pick them up for you – much safer this way so shop away! A complimentary service from us to you.

Due to recent overcrowding of the region on Saturdays, we are currently not offering this tour on Saturdays.

Please note: Due to Covid-19, some wineries might not be available on specific days, if so, we choose an alternate winery/restaurant of equal value/prestige to make sure You have the best possible Niagara experience.

Marynissen Estates has its roots deeply embedded in the soil of Niagara-on-the-Lake. Located in the Four Mile Creek sub appellation, the estate is home to the oldest commercial planting of Cabernet Sauvignon in Canada. The property, an old pig barn, was purchased in 1953 by viticulture pioneer John Marynissen and his wife Adrianna. John and Adrianna began growing their own grapes in 1976, planting the classic European Vitis vinifera grape varietals Chardonnay, Gewurztraminer, Riesling, Merlot and Gamay Noir.

At Marynissen Estates, we focus on small-lot winemaking showcasing our wines in a rustic yet modern style. We focus on gentle handling at each stage of the winemaking process to ensure wine of the highest quality and value. We want to pay respect to our deep history while continuing to learn, grow an

One of Niagara-on-the-Lake’s founding family wineries, founded in 1982 by Ewald Reif and later acquired by nephew Klaus W. Reif. Today, Reif produces wines from its vineyard first planted in 1977. Our 125 acre farm is located in the Niagara River sub-appellation where sun-loving grape varieties grow best. The easterly facing slopes and long growing season are moderated by the river as air currents ward off early spring and late fall frosts.

Our vineyard is located in Ontario’s warmest sub-appellation, ideal for the production of rich full-bodied wines. But time matters too. Our farm is also home to some of the oldest vinifera plantings in Canada, a benefit to growers in cooler climates like Ontario, as mature vines ripen earlier. They also produce wines that reflect the ‘terroir’, so when you taste our wines you will taste the essence of our vineyard. 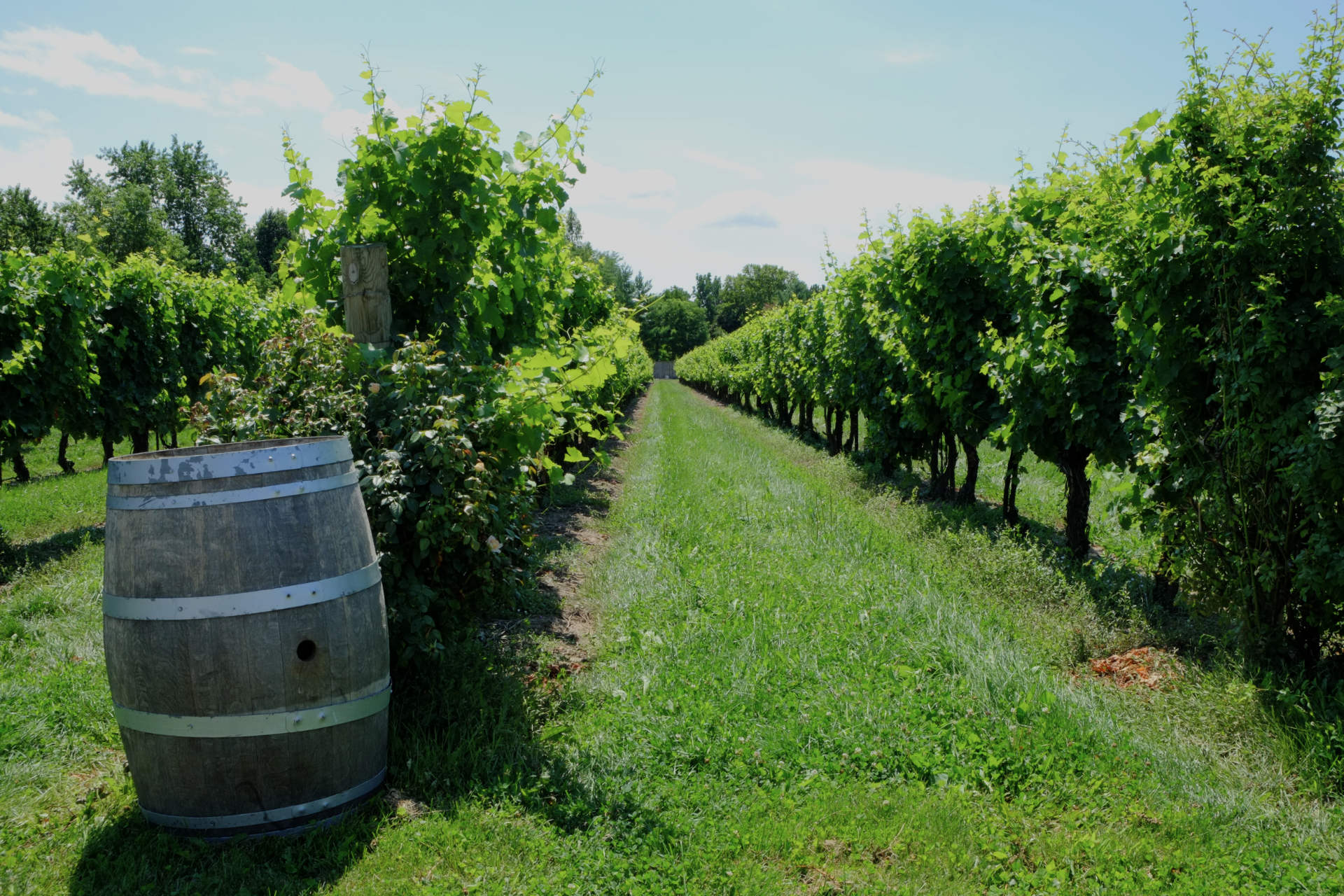 We knew from the first walk through the vineyard that its terroir was special. Though subtle, the topsoil variations impart unique thumbprints on the grapes. The soil closest to the Niagara River is a pliable, silty loam. Further West the soil becomes a denser, clay loam. That density increases in small patches of tougher clay before closing out the vineyard with fertile sandy loam. Typically, tougher soil helps to control vine vigour, especially in wet years.

To our knowledge, the farm was first planted in 1910 as a fruit farm and market. In fact, the back portion of our farm once maintained a railway-station and fruit-canning factory. In 1975, Sam and Lina Pillitteri bought the farm and maintained the storefront as Riverview Booth.

The history of fruit farming would serve the vineyard-to-be quite well as it became Riverview Farms in the 1980s. The first vinifera to break ground were Gewurztraminer in 1992, with additional plantings of Vidal Blanc in 1993 and Cabernet Sauvignon in 1998.

Currently, approximately 22 acres of the property are under vine in 16 demarcated blocks at an average density of 900 vines/acre. We like to focus on French and German cool-climate white varietals, Chardonnay, Pinot Gris, Riesling and Gewurztraminer. The vineyard is also outfitted with the primary Bordeaux varietals Cabernet Sauvignon, Merlot, and Cabernet Franc. 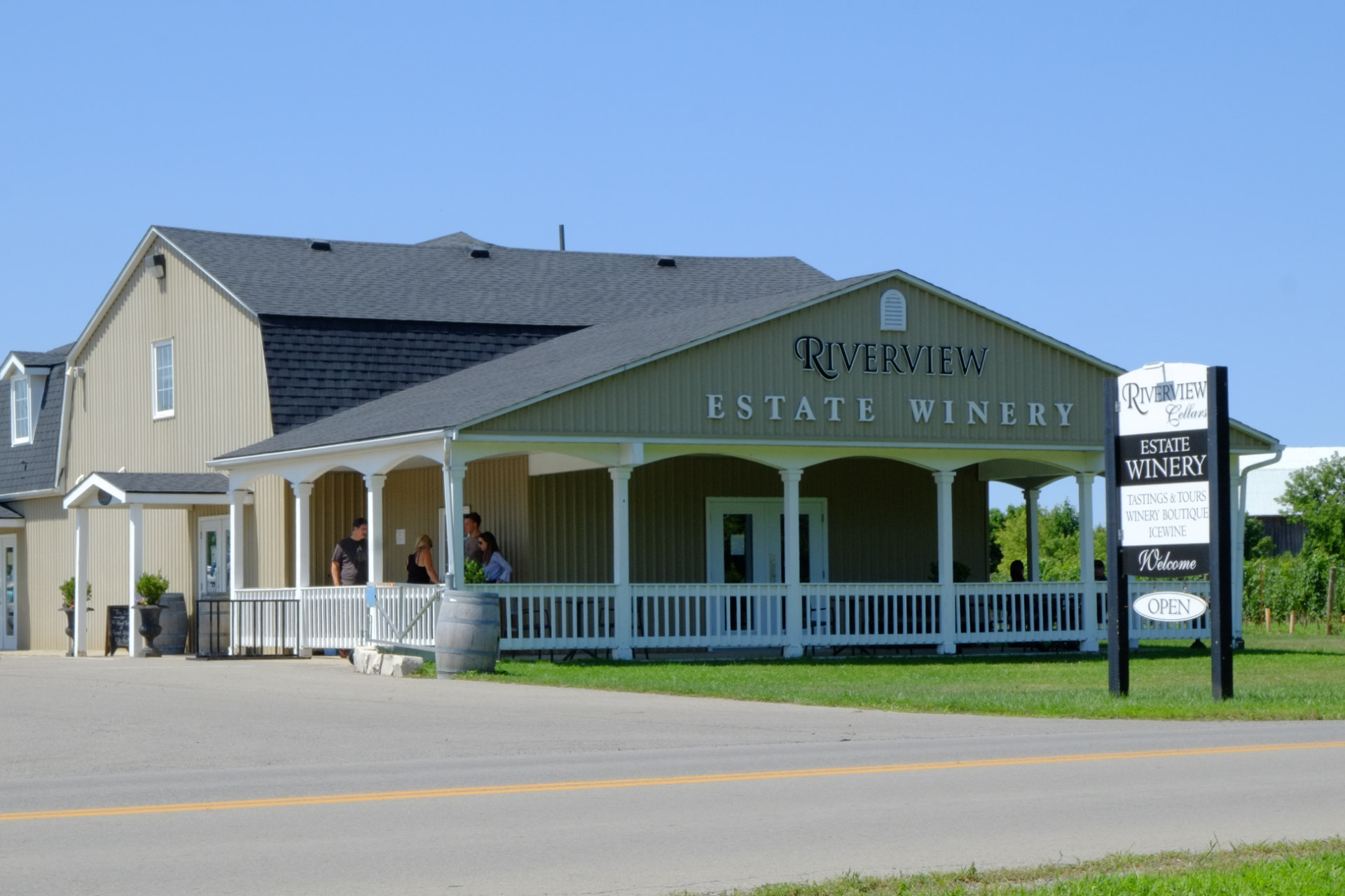 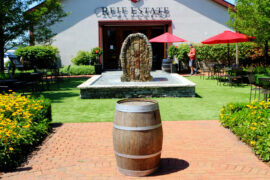 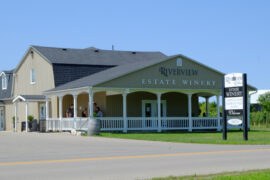 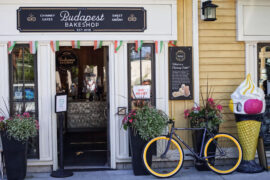 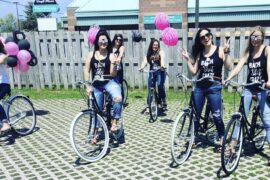